With rainy weather ahead in the forecast, Honey and I ran out to South Padre Island so see if any early migrants were around.  There was a Hermit Thrush at the Valley Land Fund's Sheepshead lot that had thus far avoided confrontation with this Cooper's Hawk. 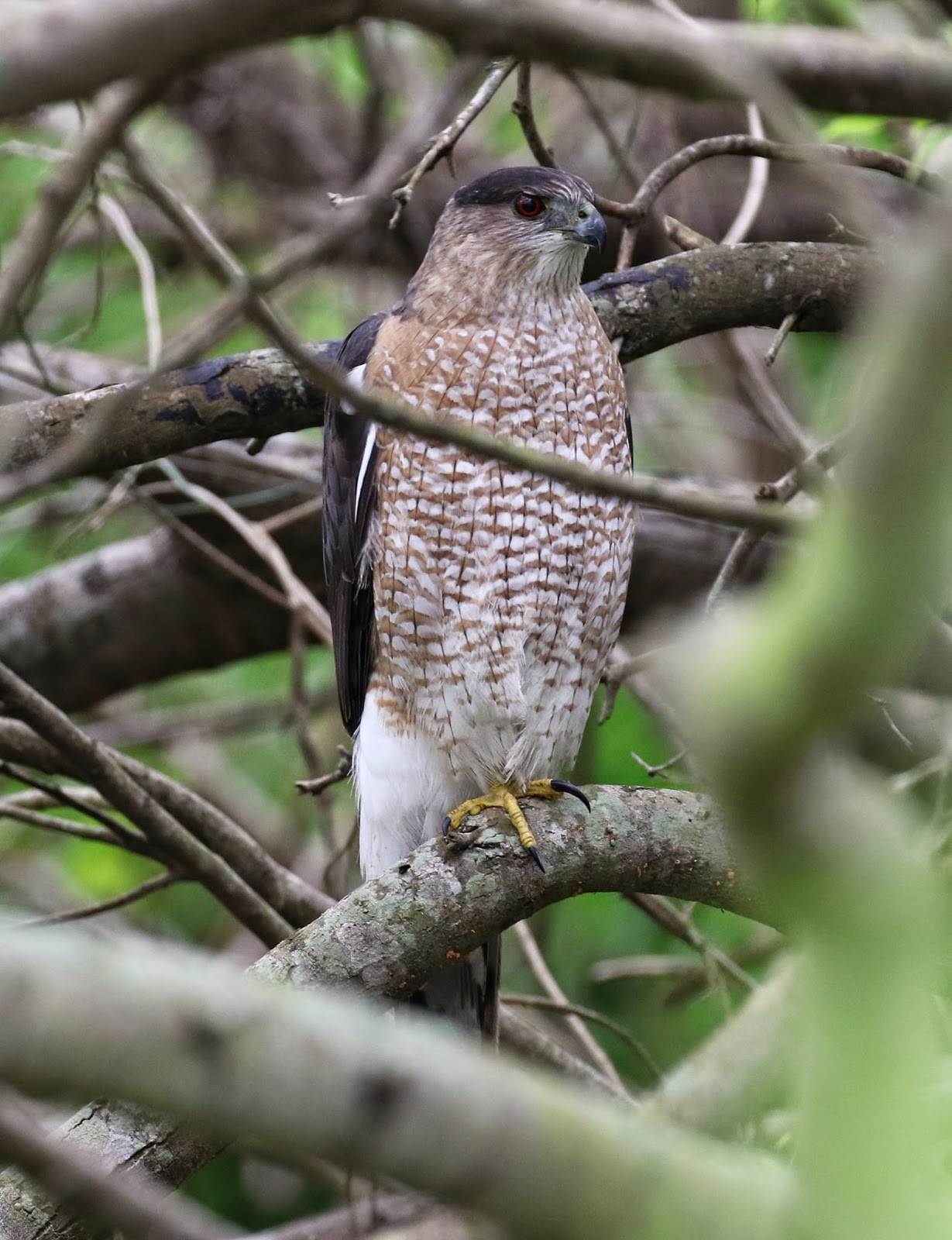 We then ran up to the Convention Center only to find it commandeered by spring breakers, so we went to the SPI Birding Center instead.  There was nothing great around but despite the cloudy conditions we did get some good photos.  You don't usually see Red-breasted Mergansers up on shore so I think this female may have an injury. 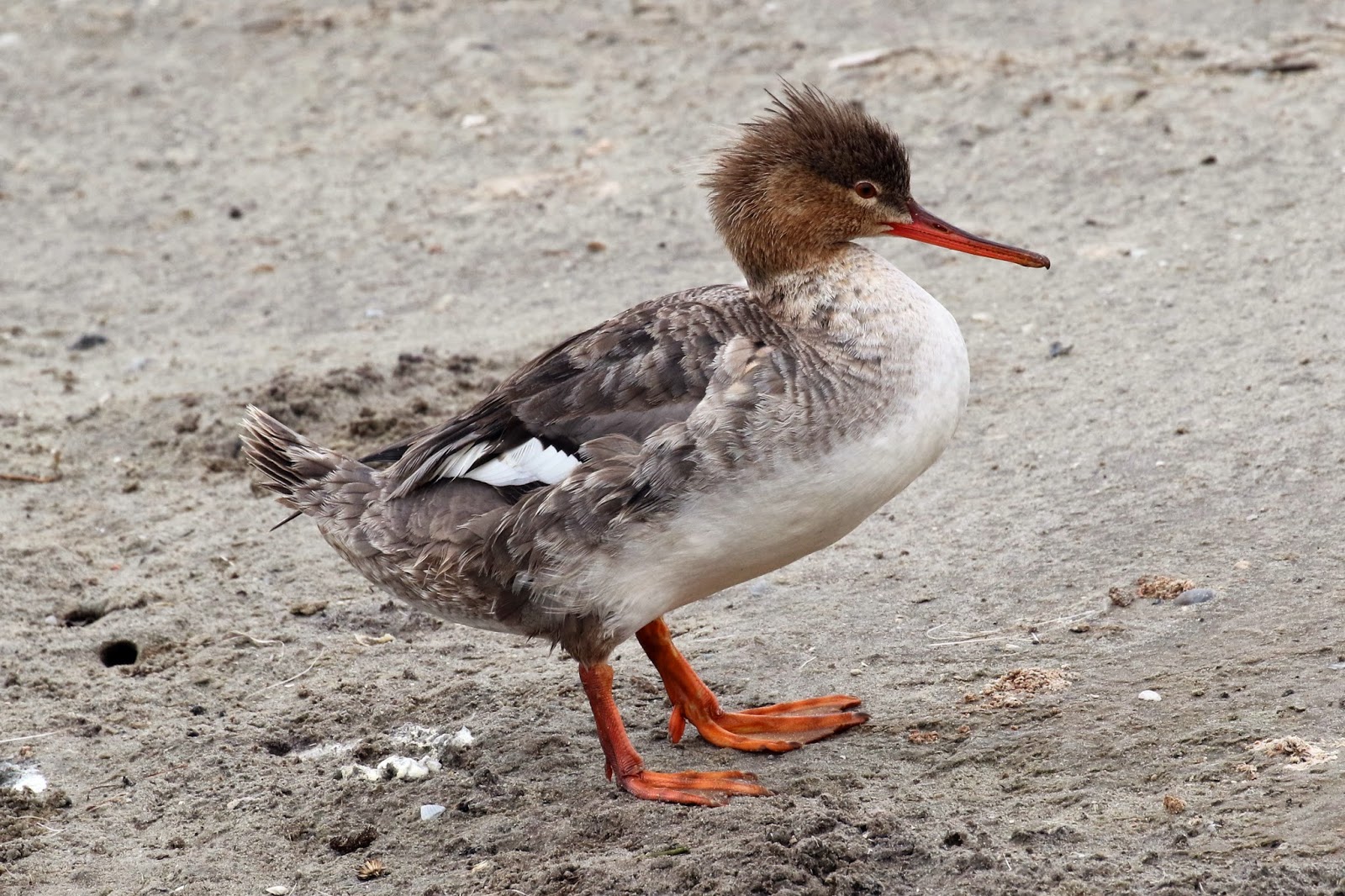 My first Least Bittern of the year only gave me a quick shot. 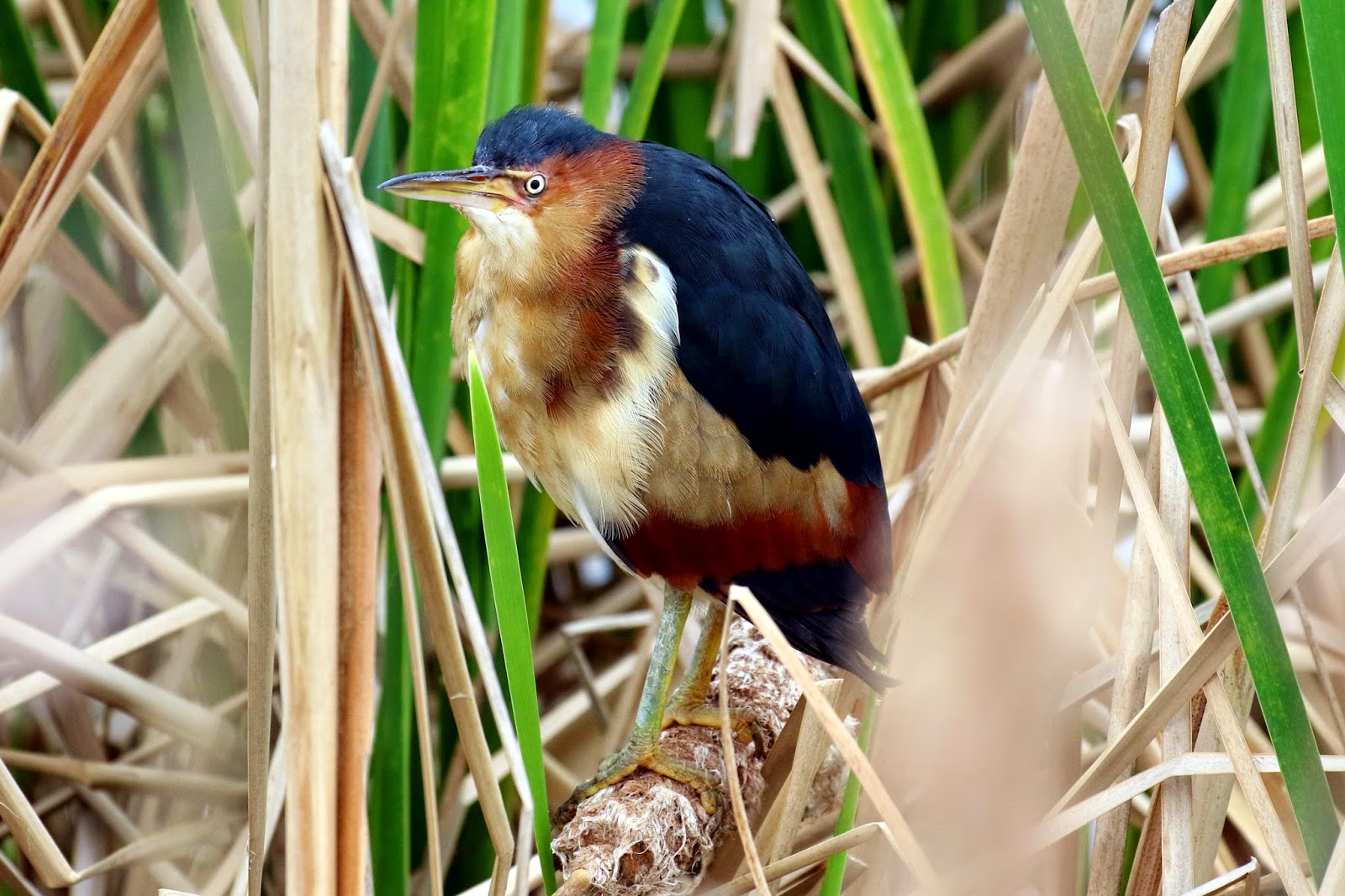 There were several Common Gallinules but we could not find the reported Purple Gallinule. 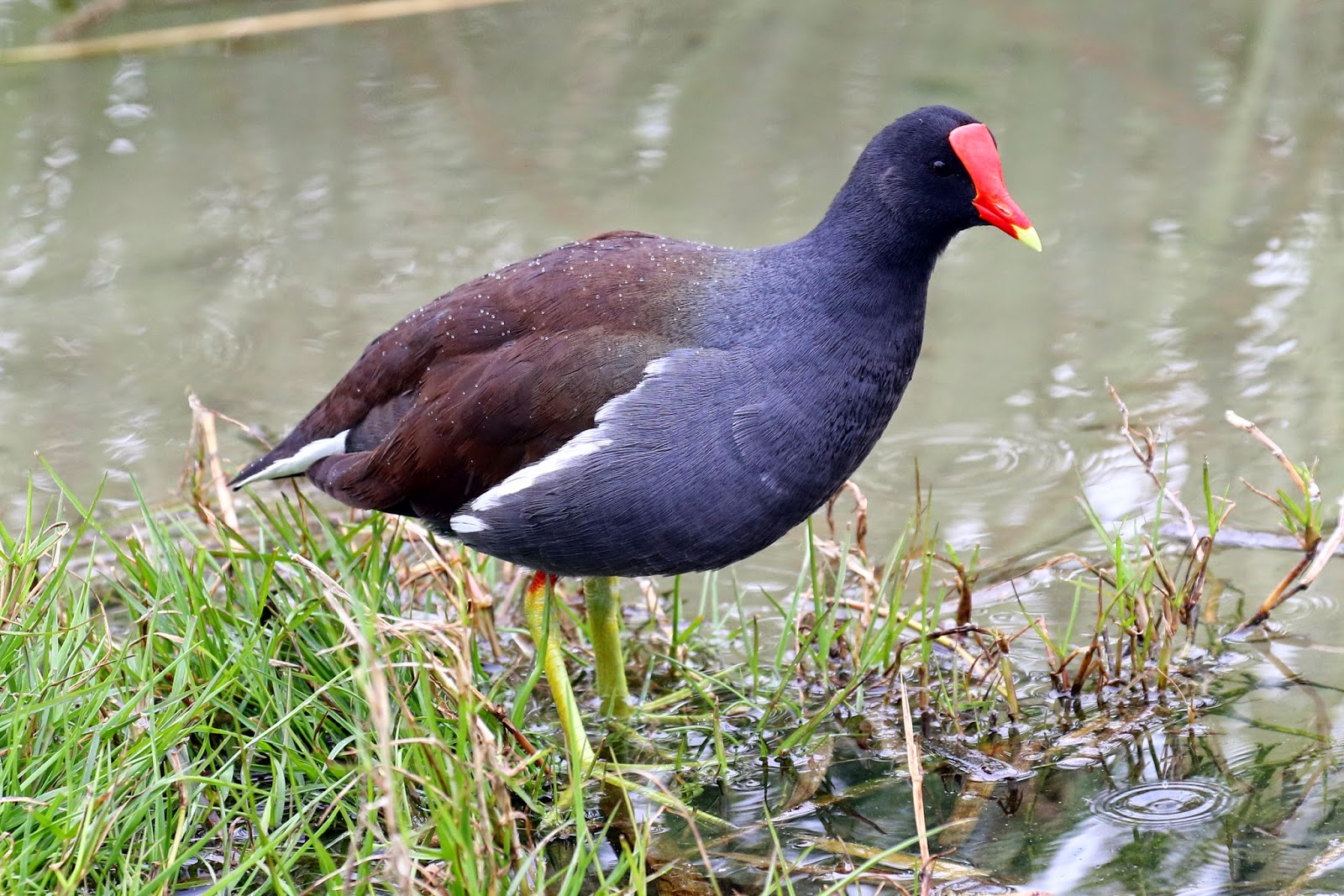 A couple of male Red-winged Blackbirds were trying to out-display one another. 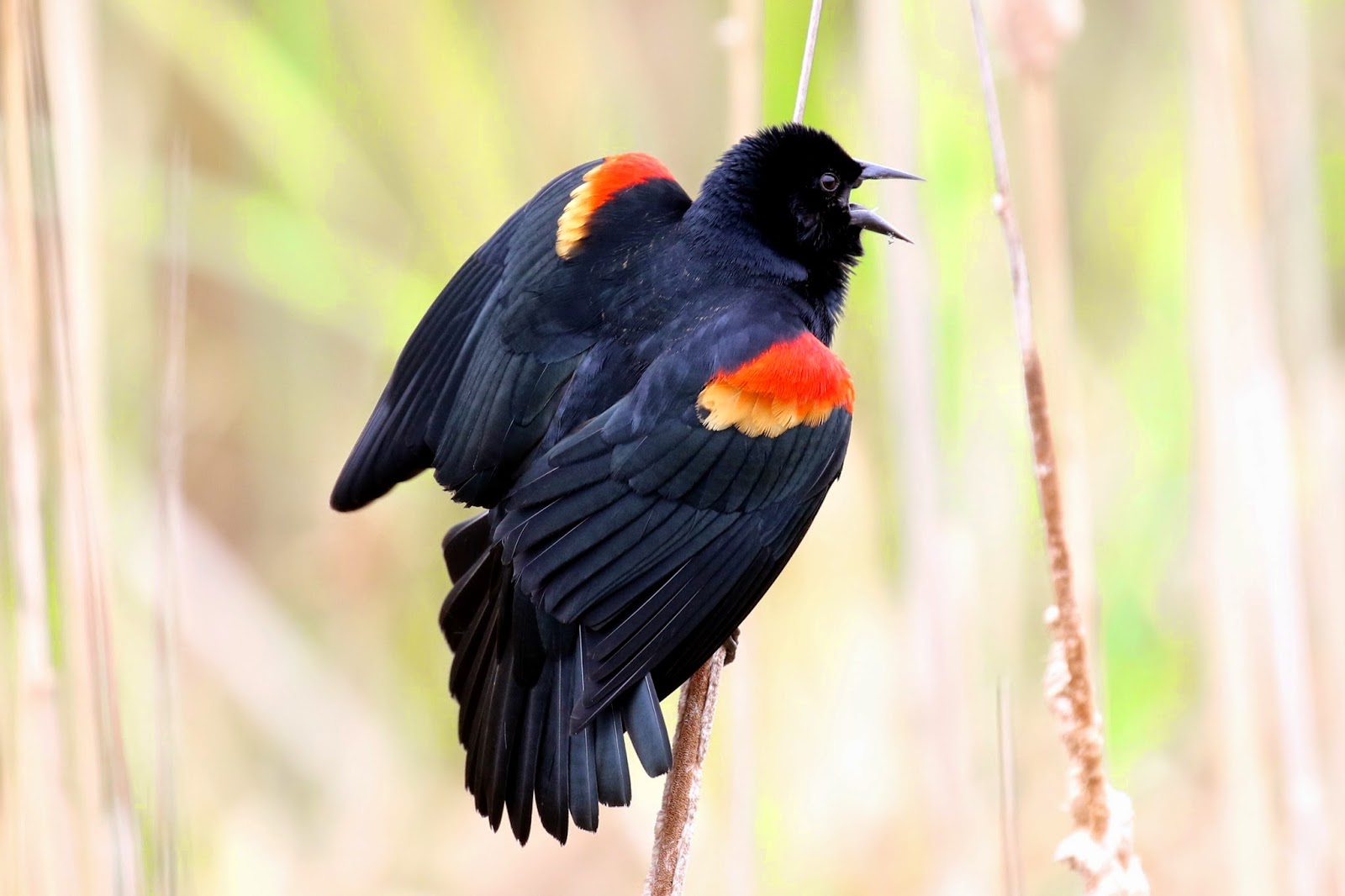 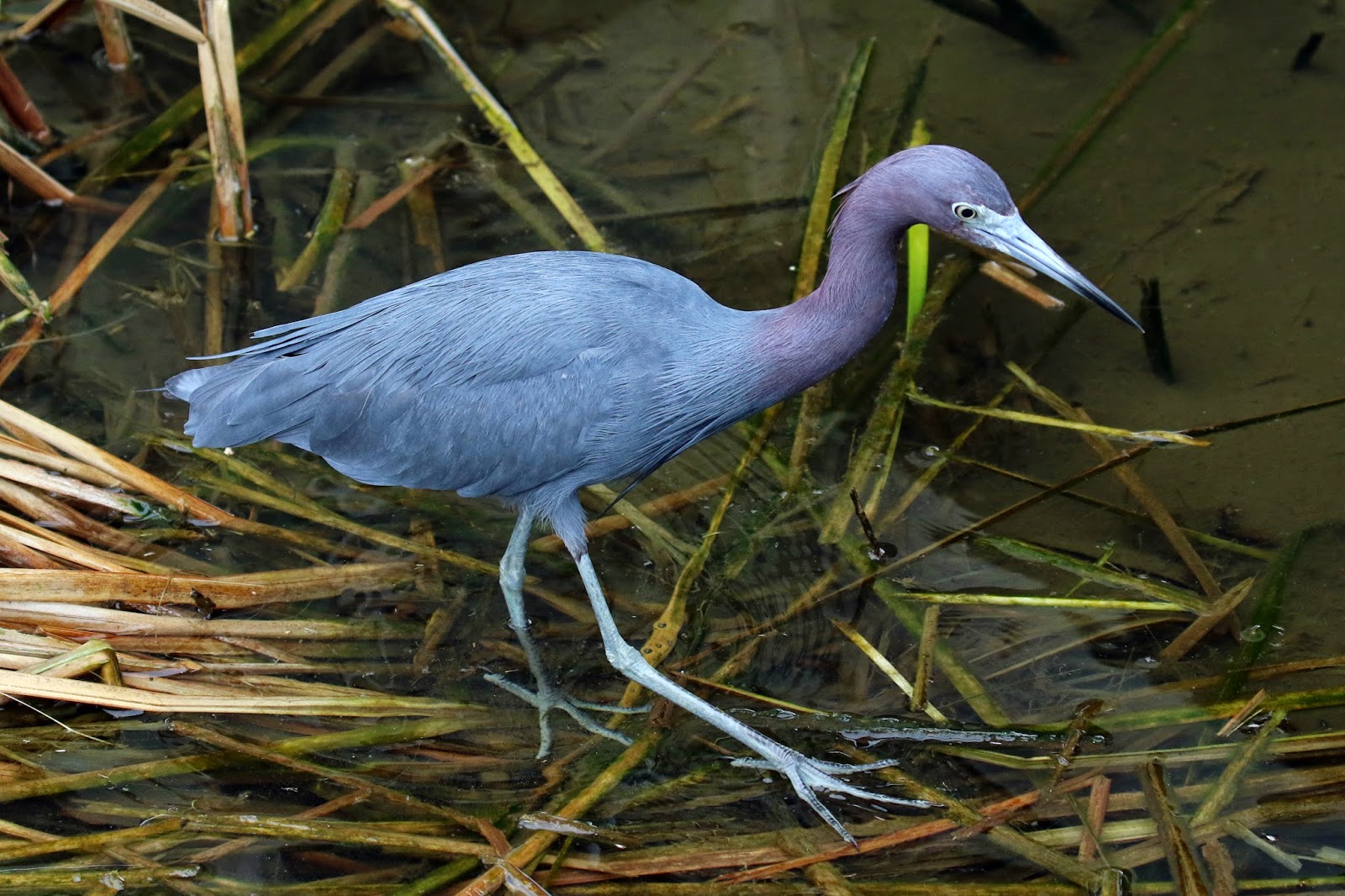 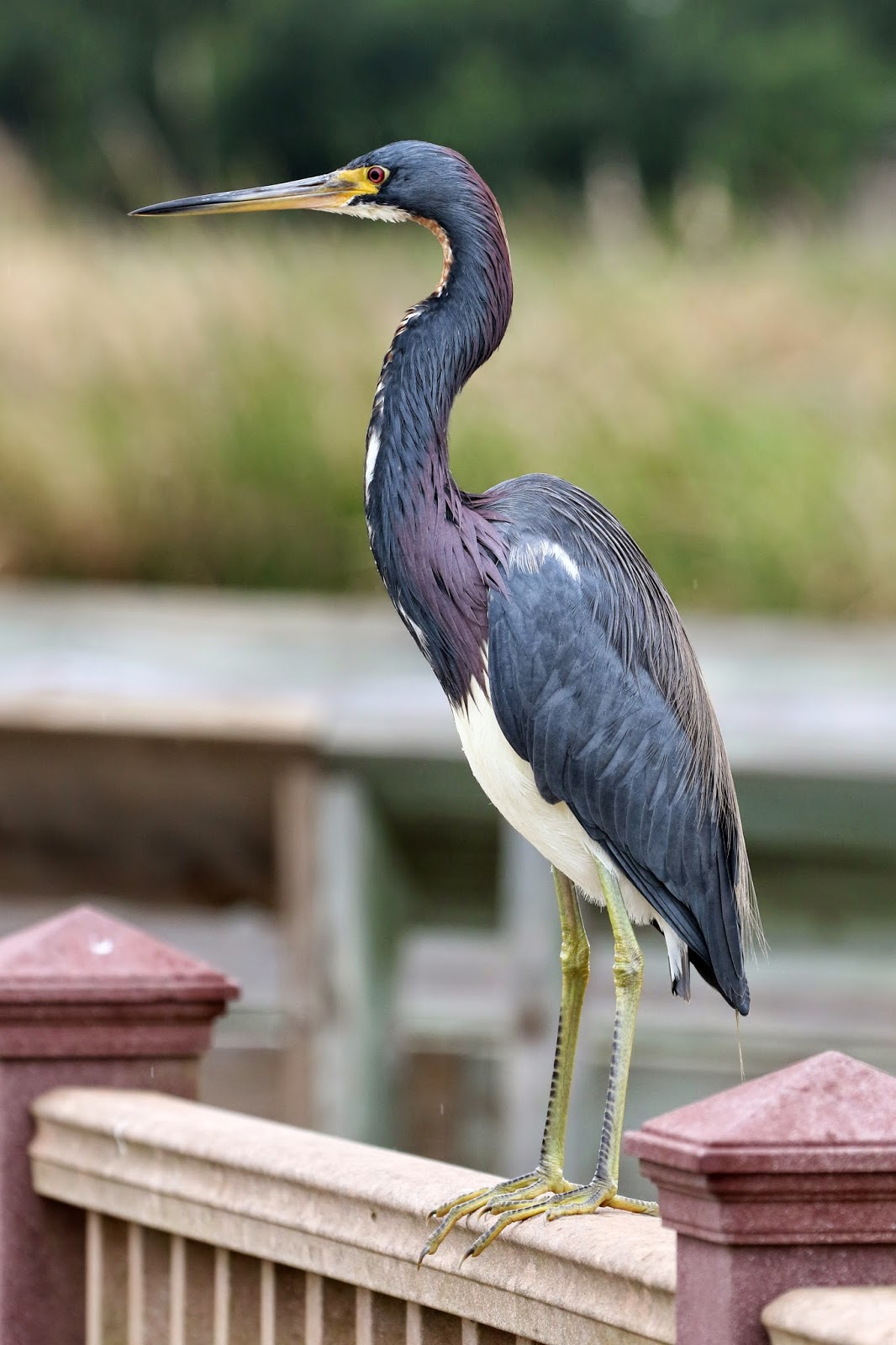 The boardwalks are a good place to observe Soras. 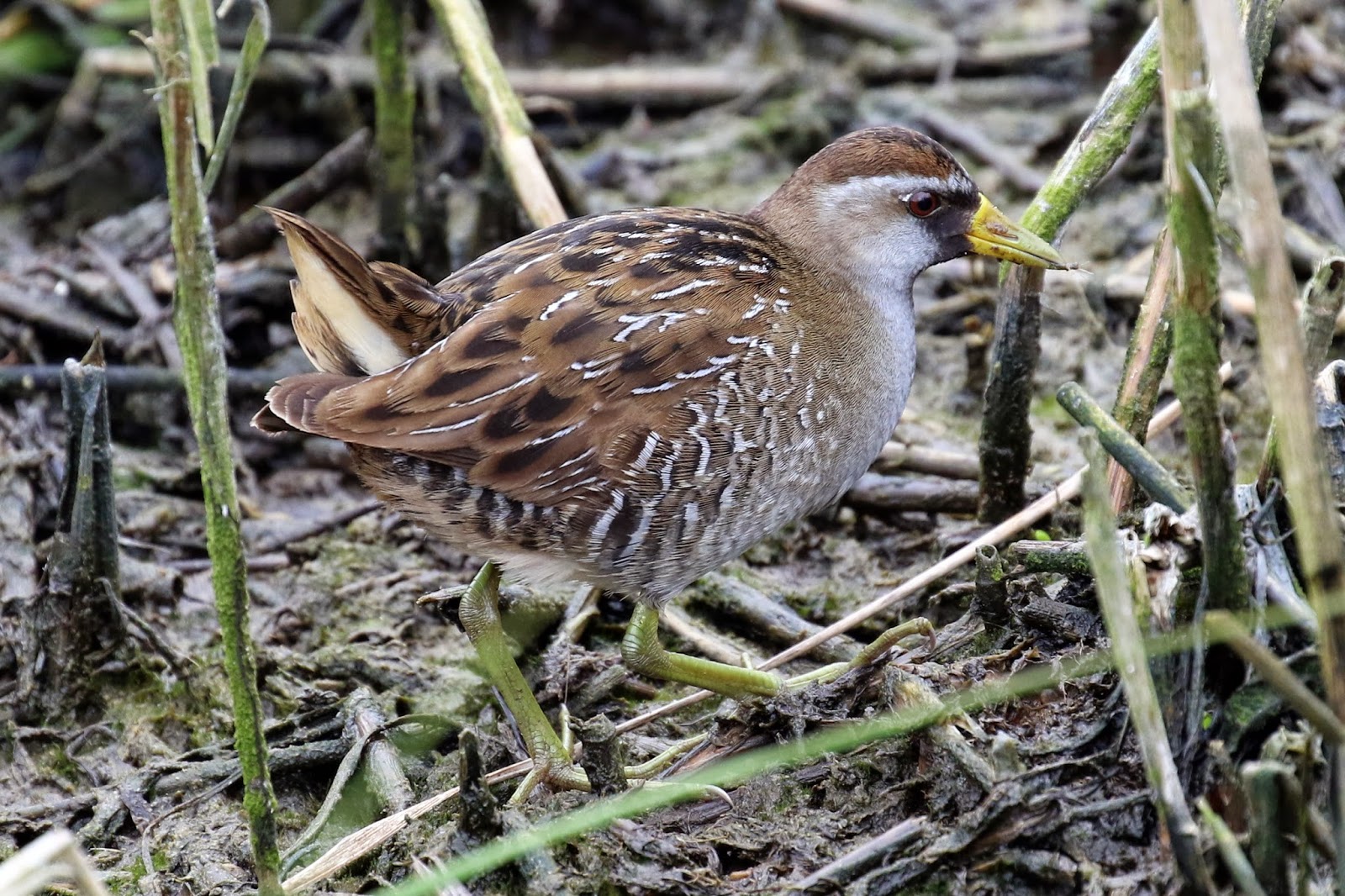 The color of the speculum may be helpful to identification of ducks in the hand, but be careful when using it in the field.  Just by my walking a few feet, the speculum of this male Mottled Duck changed dramatically. 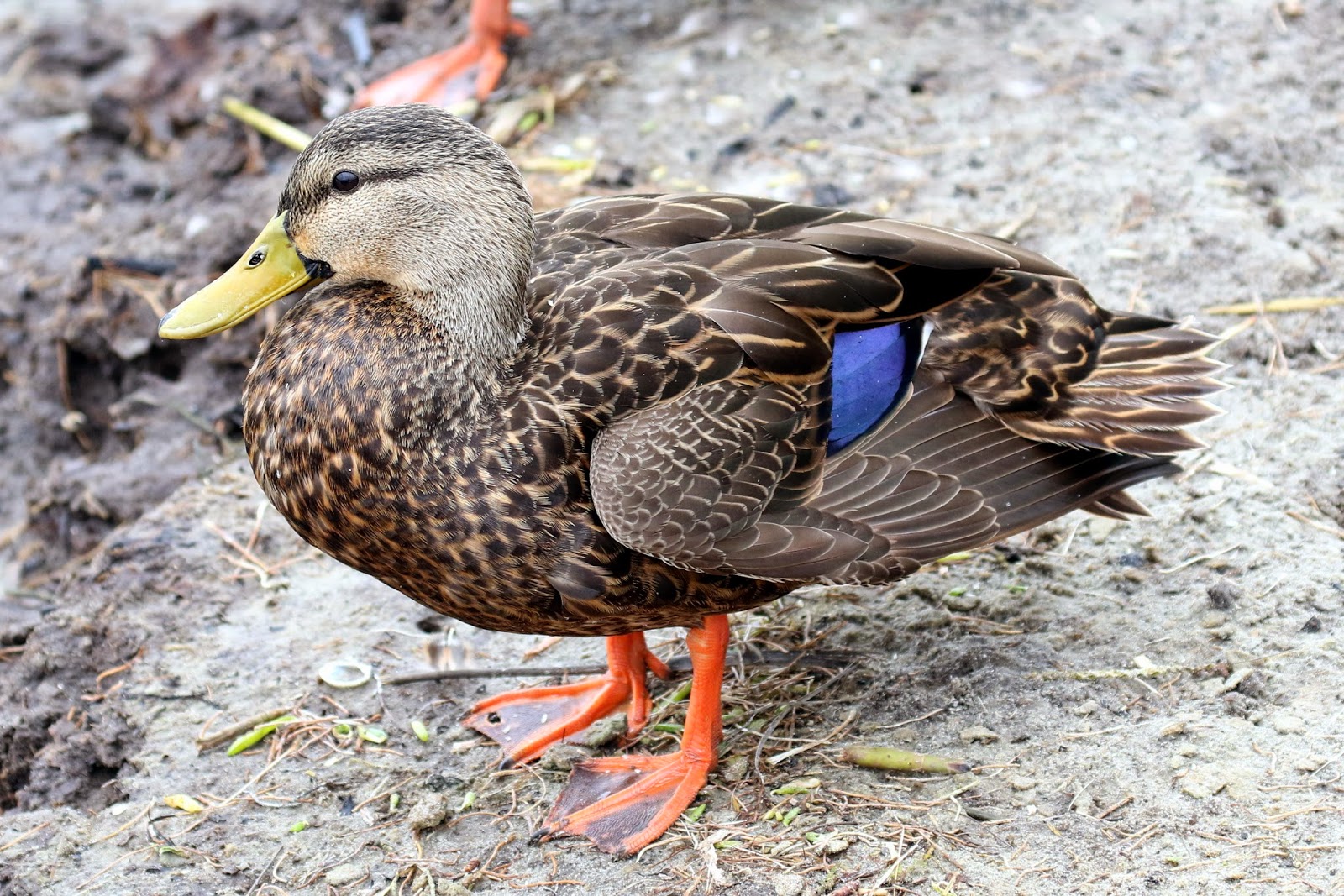 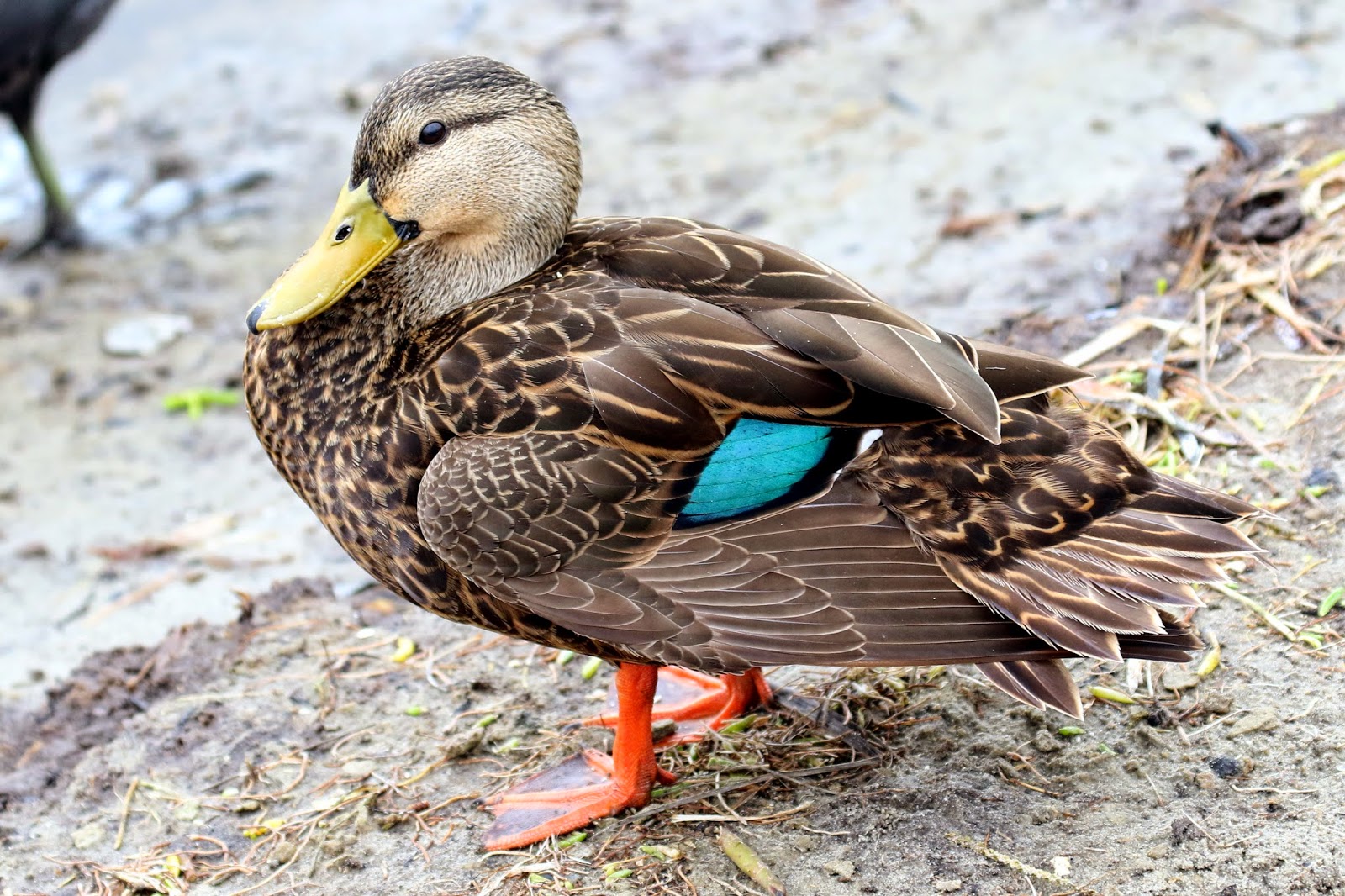 A return to the Sheepshead lot found that the Cooper's Hawk had been busy.  My guess is the victim is a Eurasan Collared-Dove as there were several around. 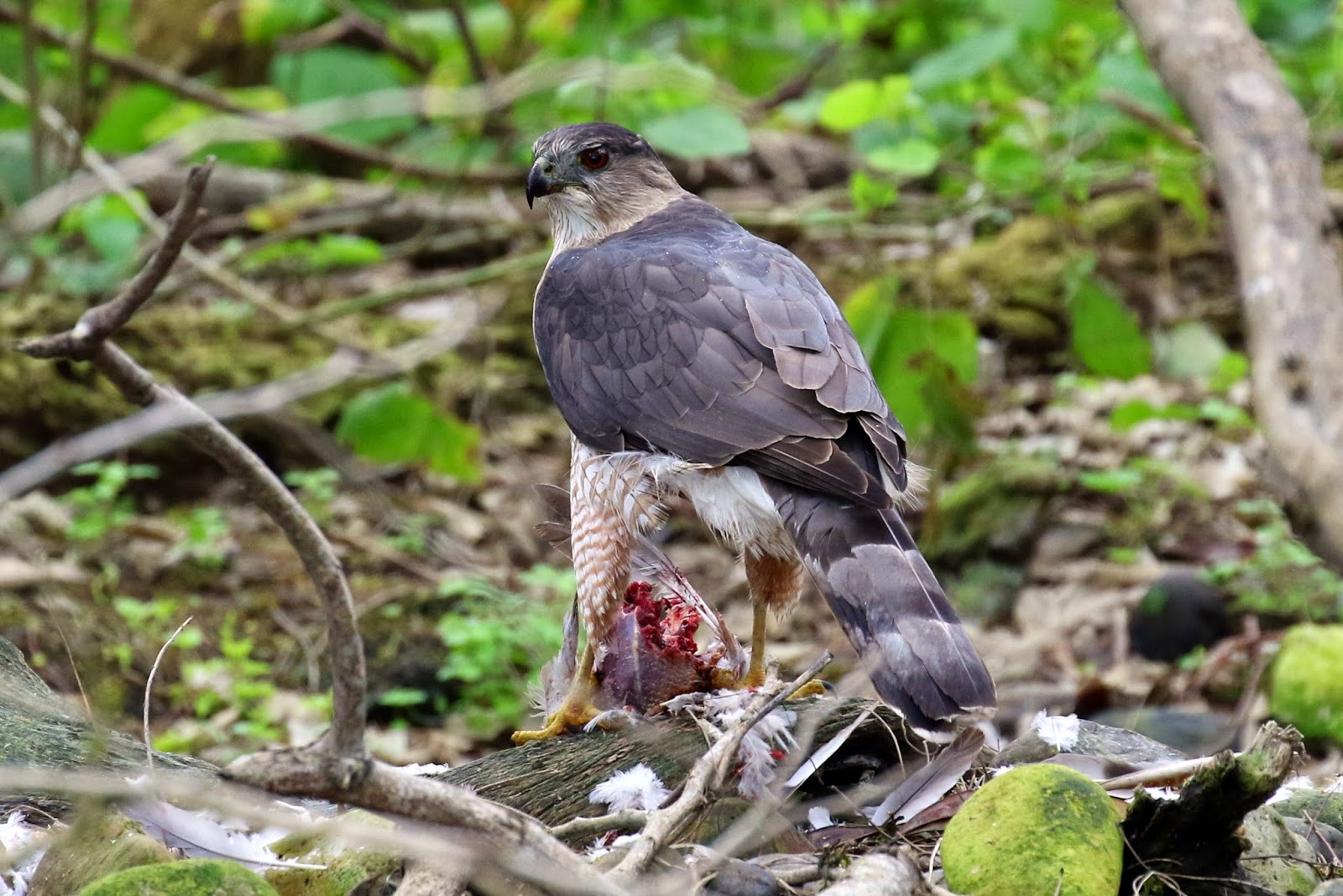 Posted by Antshrike at 8:33 PM No comments: