Trip Davenport from up near Uvalde has been on a roll.  A couple of weeks ago he positioned himself at the end of the Port Aransas Jetty on a cold windy day and was rewarded with an "in yo face" view of a Parasitic Jaeger.  That's a species I've never seen in Texas so I went up the next day and spent a few hours at the tip of the jetty to no avail.  Then a week later, Trip runs up to Lake Tawakoni for Smith's Longspurs and has another close encounter with a hard to find Texas species.

Well yesterday he was back at the Port Aransas Jetty and damned if he didn't find a couple of female Harlequin Ducks.  There are only two previously accepted records of this species for Texas, the last in 1995.  I've seen them numerous times in the Pacific Northwest but never in Texas.  Problem is after some crippling views, the two ducks shot across the channel to the opposite jetty and disappeard from view not to be seen again.  But I figured the jetty habitat would be perfect for them so maybe they would return.

So I got up at early and made the three hour drive.  As I got within a half hour from the site, I read on Facebook that the two Harlquin Ducks had be refound along the south jetty.  This turned out to be one of those special times when after a long drive, the rarity was waiting and served up on a silver platter. 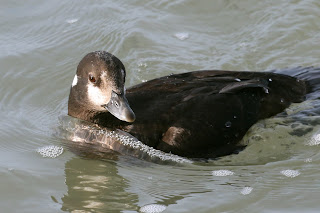 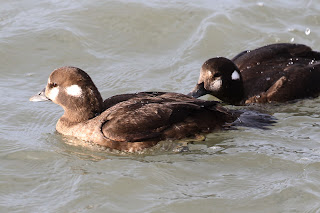 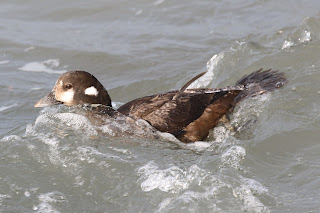 The two ducks looked quite at home searching for algae and crustaceans in the roiling surf, much like when I've seen them along the rocky coast of Oregon. 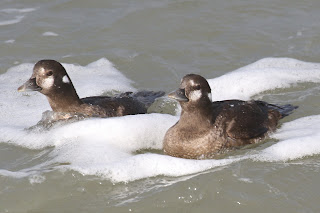 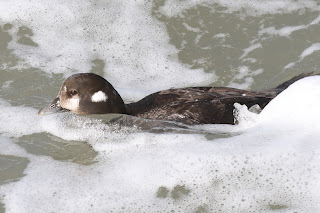 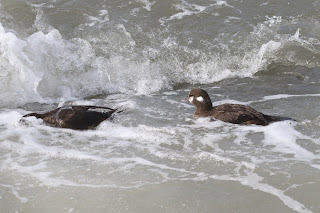 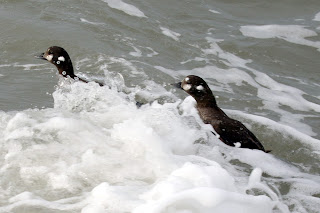 Ten or so birders got to enjoy the rare visitors.  Unfortunately, a noisy boat got too close and the Harlequin Ducks flushed and shot across the channel towards the north jetty and then headed far to the east.  One birder followed them in his scope till he lost them near the Intercoastal Waterway.  They were not seen again today.  I'm glad I made the early start. 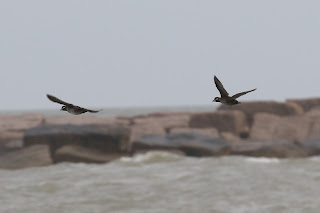 Posted by Antshrike at 8:00 PM No comments: