A good cold front blew in last night and deep down I knew I should be out at South Padre Island looking for rare birds.  But I got up a little late and decided it might be good to stay in our yard and hope for something good.  Well, I spent an enjoyable morning with lots of raptors and TV's and a Yellow-throated Warbler but nothing outstanding.  Then at 11:30 I discovered I had missed a text saying Brad McKinney had just found a Dark-eyed Junco at the Convention Center at South Padre Island.  Dang!  I should have found that bird.  And being that I needed that one for my Cameron County list, I raced right out there.  And when I arrived, there was the group looking at it in the water feature.  Dark-eyed Junco was my 399th Cameron County bird. 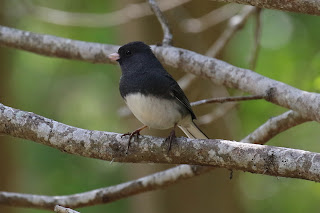 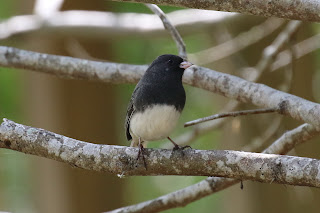 Also present at the same time was this Pine Siskin, only my second for the county. 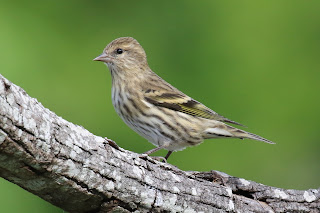 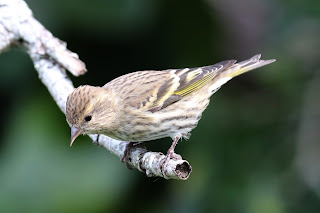 And down below the siskin, scratching around in the dirt for seeds was this young White-throated Sparrow.  I see one of these almost annually at the Convention Center. 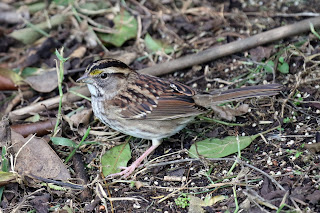 One more good out of range bird was this Brown Thrasher that has been around for a few weeks. 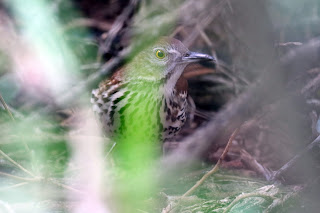 So my intuition was right and I should have gone to the Island.  And another cold front is approaching so we'll see if I learned anything by this.

Posted by Antshrike at 9:10 PM No comments: