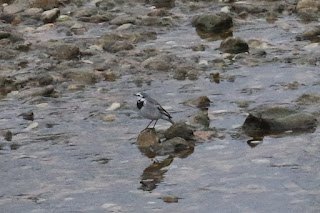 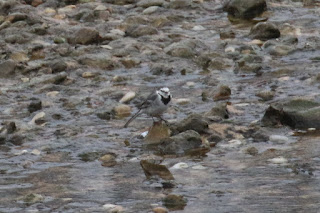 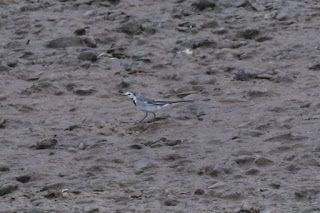 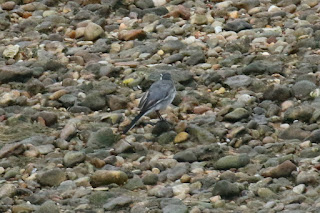 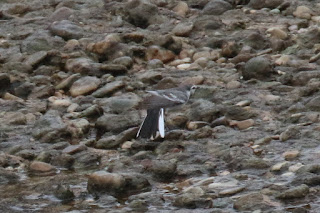 This individual seems to be a young male of the ocularis subspecies from eastern Siberia.  A small number of them also breed across the Bering Strait on the Seward Peninsula.  Occasionally one will be found wintering on the Pacific Coast.  White Wagtails have even been recorded in a few inland states and it is a species we thought might show up in Texas some day.  You gotta love the serendipity of birding!
Posted by Antshrike at 9:12 PM